How about this for a sound ROI? Enroll your child in a course at the International Talent Academy and you might discover the next Neil Simon or Van Cliburn. You’re bound to see his or her mind develop, says Tatyana Komarova, academy founder and executive director. Elementary students from throughout Hamilton County are writing, staging and performing theater productions at the Carmel-based ITA. Pianists as young as 5 are competing in international competitions. We’re teaching them to be good people,” said Komarova, who emigrated in 1997 from Russia. “The arts are No. 1 for that.”

The International Talent Academy was established in 2006 and already schedules 25 short-term classes (including three for adults) in various locations around Carmel. Offerings range from Musical Art, Ballroom and Latin Dancing, and Show Choir to Team Building, Logic Games and Etiquette Kingdom. Last year, 336 students completed ITA programs. An impressive accomplishment, many would say, especially considering the Russian-born Komarova is a one-person administrative staff and teaches some of the classes herself. Apparently it didn’t keep her busy enough. In just 5 months, she and a committee organized the Carmel Debut International Piano Competition, held over three days in June at the Tarkington Theater in the Center for the Performing Arts. It attracted 91 young pianists ranging in age from 4 to 19 from seven states and five countries, including Japan, South Korea and Israel. An ITA student, a 5-year-old, made it to the finals. “Those students that are that young and playing at such a high level are truly gifted,” said Komarova, who devoted six hours a week when she was a child taking piano lessons that also involved music history and theory.

The concept for the ITA came about through one of Komarova’s graduate classes at Ball State University. Her professor had the students develop proposals for a business and urged them to dream big. She wanted to build “an arts palace for kids, the kind of beautiful building the Palladium is,” she said, adding that her proposal asked for a little more than $2 million. The palace would be filled with classrooms and venues for the various performing arts, where children could attend multiple courses and their waiting parents would be offered lessons to develop their talents and skills, too. ITA ended up starting on a much smaller budget and continues to look for business partners. In the early days, however, Komarova’s friend, Kumiko Brunson, urged her to ask Carmel Mayor Jim Brainard how the city could help. It was so scary for me,” she said. “In my country, you cannot go and meet the mayor.”  But Brainard’s reception allayed her fear. When Komarova shared her story, background and philosophies on teaching, parenting and the importance of the arts, the mayor talked about his musical background and his dream for the city. “He told me to ‘Do it. I will support you any way I can.” Carmel has awarded several small grants to ITA and was a piano competition sponsor.

“The International Talent Academy’s emphasis on elevating the performing arts in the minds of our children is a perfect fit for Carmel,” said Brainard in an email. “Having the ITA in our city is a welcome addition, further enhancing our mission to make Carmel a Midwest destination for cultural arts.” Everyone was a player and a worker in ITA’s spring theater production at Brookshire Golf Club. “Adventures in Fairy Tales” was born when six elementary-aged kids, mostly girls, were asked what their dream role would be. Answers included Cinderella, Peter Pan’s friend Wendy Darling and Alice in Wonderland. The kids created story lines, scripted the performance, developed the stage design and determined what their costumes would. They worked hard, learned about the theater inside-out, had fun and nearly every one of them wore a tiara. “We’re making a difference one child at a time,” said Komarova. “Kids are afraid to perform because they’re shy. We want to work on their confidence. Parents are very appreciative of the uniqueness of our program.”

8 Benefits of learning a second language 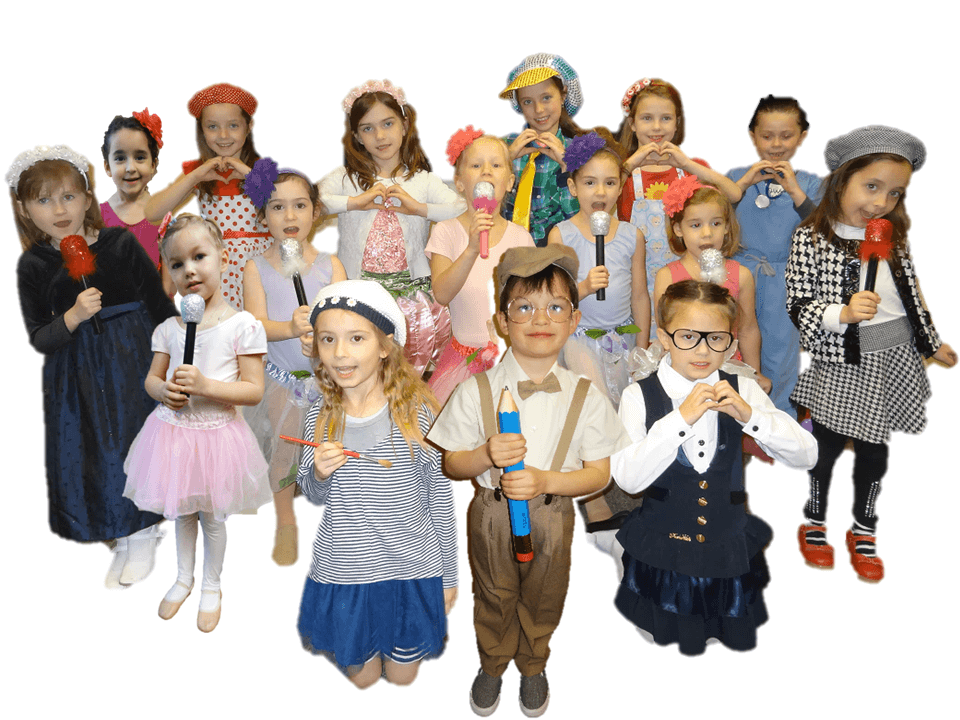